Get Results, Not Excuses Book Your Free Consultation Now Over $50 Million in Verdicts and Settlements
Never a Fee Unless We Win 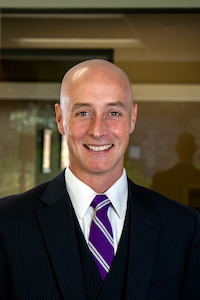 Tom Rist has over 18 years of experience as an attorney. Tom started his legal career as a prosecuting attorney, where he quickly learned how to effectively persuade both juries and judges in trial. He also learned how important results are to clients that are involved in serious, life changing cases. He later worked as an insurance defense lawyer for a major insurance company before going into private practice.

Tom founded Rist Law Office in 2007, and since that time has handled thousands of cases and recovered tens of millions of dollars for clients. Tom has handled cases involving serious injuries and fatalities from car accidents, truck accidents, motorcycle accidents, mining accidents, and large class actions. Some of his most rewarding work has been on the civil side of criminal cases, where he has helped minor children and their families to hold corporate entities responsible after serious crimes such as sexual assault and shootings have occurred.

Tom has taken over 100 cases to a final verdict in both state and federal courts. As a result, he was named to the Top 100 Trial Lawyers. His verdicts and settlements include a $4,300,000 class action settlement in a wage and hour case as well as an individual award of $2,250,000 in a fatal mine accident case.

Tom’s experience as a prosecuting attorney led him to begin representing victims of serious crimes in civil cases. He has worked on child sexual assault, fraud, police misconduct, and serious accidents involving DUI drivers. In many of these cases the results have provided significant funds for the victims of these crimes.

Tom is an active member of the California and West Virginia Bar Association. He is also a member of the Surfrider Foundation, International Mountain Biking Association, and the New River Bicycle Union. In his spare time, he goes to CrossFit, cycles close to 5,000 miles per year, and gets in the occasional surf session when the waves aren’t too big. Every now and then you can catch him trying to learn how to pick a banjo too.

Practice Areas
Client Reviews
★★★★★
“Tom Rist embodies all of the attributes a person would look for in an attorney. He is honest, trustworthy, competent, genuine, and personable. He is a natural at putting his clients at ease.” Google Review by a Client
★★★★★
“I just wanted to say thank you for everything. I really appreciate all you did for my case. Awesome job.” Employment Case Client
★★★★★
“Thank you so much for what you did in this case. My husband and I had nowhere to turn until we found you. Your work on this case made all of the difference for us and our family. We are so very grateful for your help and will send all of our family and friends to you if they need a lawyer for anything.” Fraud Litigation Client
★★★★★
“Thank you so much for what you did in this case. We will refer everyone that we know to your office for help with any legal matter. Thank you for your hard work.” Wrongful Death Client Representative
★★★★★
“You did excellent work in this case to get not only the attorneys for the defendants to understand your client’s strong position, but also to get their insurance claim representatives to put real value on what was a hard case.” Mediator in a crime victim case
VIEW MORE
Submit a Law Firm Client Review